The most common and basically natural reaction against attack is protection. That applies not only to persons but also to industries – the skateshoe industry faced invasion of companies, which have entered this market and adjusted their production programmes just to gain some new customers. Zillion Dollars ad investment caused that skater owned companies ended up proving they can produce skateshoes equally (!!!) good as new players. Untill now!!

The SOLE Tech once again proved that its STI Lab really pays off and using the most advanced innovative technologies inspired by skateboarding, they reverse the whole proces. The Scout proved to be such amazing shoe, that it can basically help skateshoe industry grow it other directions, which seemed to be impossible just few months ago….but one thing at a time!

Testing skateshoes by wearing them became quite a fad in few years which I really enjoy. But how can you possibly make a weartest for skateshoe, which is actually not a skateshoe? My long contemplation was solved my girlfrends plan to visit south India. „Well, that is it“, I thought to my self, „let´s take this shoe for three weeks to the craziest country worldwide!“

Epic journey indeed! Anything you imagine India to be – from lonely peaks of tea plantages, wilderness in jungle, beautiful beaches and of course city rubbish. Over 15000 Km (more than 2500 km overland), 21 days, 10 places….countless of unforgetable experiences. But every great journey starts with the first step – my first „out of the box“ steps were directly to the airport. The comfiness of the Scouts is ridiculous! Right from the first moment the shoe is more comfortable than any shoe I have ever had – it is almost like walking in socks…but more comfortable. After spending more than 30 hours in the plane or at the airport floor without taking them down once, you will understand.

I have discovered another advantage of Scouts  right after the arrival to Mumbay. Have you considered your life being a bit hectic? Make that feeling at least double and you will discover why you need to catch up with the furious pace of life there. You need to have light and fast feet to escape day to day danger to really enjoy the beauty of the place. This is also great strenght of the Scouts. Since they have no midsole, almost no rubber and glue, the shoe is amazingly light!

During the whole time I´ve spent in India, there was no limit for these shoes – anything that went into the way was soon passed behind with the thought in my head: „How can the shoe be so light and comfortable and still hold together?“ In the end, the Scout is what you expect it to be – ultimate chill shoe. But you can walk wit it through hell and you still get nothing but good times! Well done, Etnies! 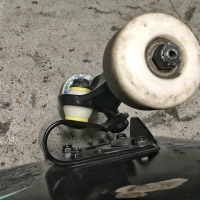 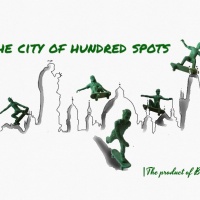